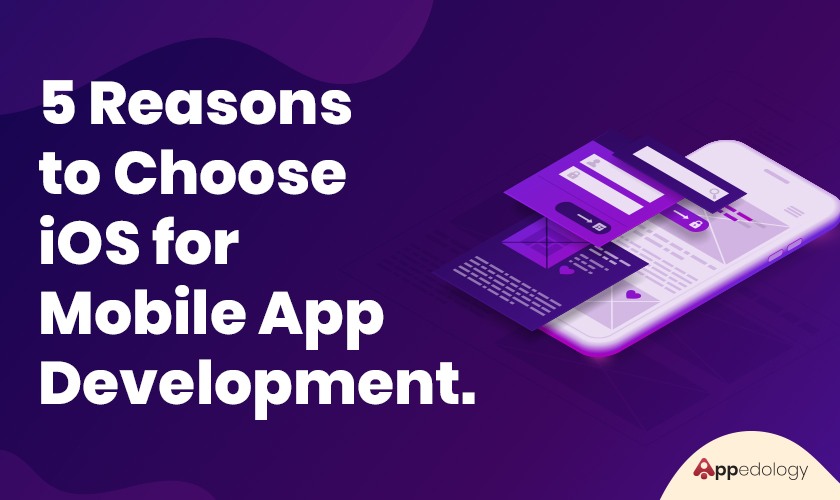 A buzz has always been around related to what platform shall be chosen for Mobile Applications development and has always been highly debatable. In our previous blog, we discussed how beneficial is the Android app development platform. The market share has been the bone of contention between iOS and Android app development. However, the ultimate decision totally depends on the company itself and its requirements for the applications. Here, we will highlight 5 reasons why the iOS platform can prove to be an incredible choice for app development.

Appedolgy does not compromise on its quality of its Custom iOS Development services USA, and leverage the amazing features that come with iOS devices. Our uncompromising quality has allured many users and therefore many organizations have reaped huge benefits by hiring us for their iOS app development. We recommend that an application should be designed on the iOS platform first, in order to test all the limits and skill sets. Creating on the Android platform, later on, will always be an easier task.