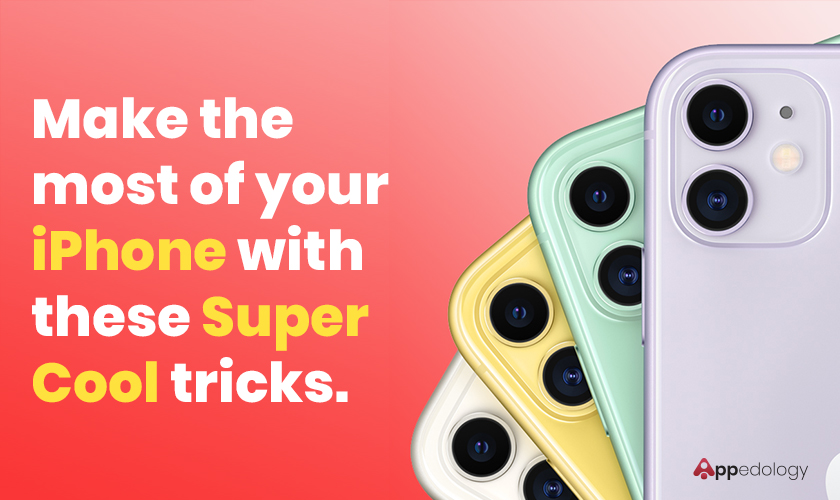 Make the most of your iPhone with these Super Cool tricks.

Since the beginning of its creation, IOS has proved itself to be a pretty darn impressive Operating system. IOS claims that iPhones today consists of the power that is much greater than the desktop computers taking the man to the moon. In addition to the power, the memory of these devices is a thousand times more than those vast sized computers. Despite possessing so much potential, it is hard to believe that iPhones remain underutilized as many of the people are not fully aware of the functions these devices hold. To make the most of your iPhone device, we have penned down a few tricks and tips, through which you can unlock new functions of your phone and be surprised. Have a look below!

The location services that iPhone provides are very convenient to use in difficult times if allowed. These location services make the use of GPS satellites, nearby Wi-Fi hotspots and cell phone towers to define your exact location.

The cameras that come with iPads and iPhones comprise of such a good quality that they can easily be used for point and shoot photography all over the world. Photographers from all around the globe make the use of iPhone cameras vigorously, mixing up personal and general pictures, thus creating magical moments. Following tips might prove helpful at such times.

When you press a picture for long in your photo album, it directly goes into the hidden image folder. These images stay hidden in the collection, moments or years but are visible in the photo gallery.

Pressing the camera icon for long in an iMessage opens the camera application. If any image or video is sent via that camera, it destructs itself in two minutes!

The smarter the gadgets turn day by day, the more the battery is used quickly within hours. So eventually, you are left with a dead battery. Also, the charging from one percent to full almost takes 4-5 hours. But did you know that an iPad charger can be used to charge the iPhone as well? Since the iPads chargers are designed to support the larger iPads battery, they can charge your iPhone’s smaller battery within no time. So do give it a try.

Appedology is the top applications development company in the US that offers custom iOS app development services the US, as well as android, windows, free business management software and many more.