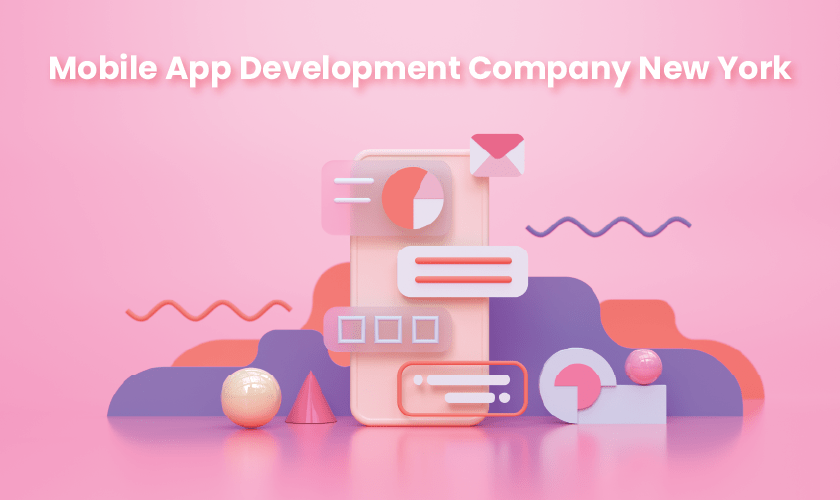 Looking for a Mobile App Development In New York? That could mean you may need information on app development itself for your personal information.

What is Mobile Application Development?

Every single day, thousands of mobile apps are published to the Google Play and Apple App Stores some are games, informational, educational, instructional and social networking apps, many are ecommerce apps. When professionally built all follow a similar mobile app development process. At Appedology, we have built over several web and mobile apps and we will outline the strategy, design, and development processes followed, in this blog.

Although each app is different and our methodologies are consistently improving and always evolving, the standard process when developing mobile apps, typically includes idea generation, strategy implementation, design, development, deployment, and post-launch phases.

There are two pre-dominant platforms in the current smartphone market,  the iOS platform from Apple Inc. and Android from Google. The iOS platform is the operating system that exclusively powers Apple’s popular line of iPhones, whilst the Android operating system is used not only by Google devices but also by many other OEMs (Original Equipment Manufacturer) to build a profusion of smartphones and other smart devices.

Although there are some similarities between these two platforms when developing applications, iOS and Android use different software development kits (SDKs) and have a different development toolchain. While Apple uses iOS exclusively for its own devices, Google makes Android available to other companies provided they meet specific requirements such as including certain Google applications on the devices they ship. Developers can build apps for hundreds of millions of devices by targeting both of these platforms.

There are four major development approaches when building mobile applications

Developers consider the desired user experience, the computing resources and native features required by the app, the development budget, time targets, and resources available to maintain the app, when choosing the right development approach for their projects

Native mobile applications are written in the programming language and frameworks provided by the platform owner and run directly on the operating system of the device such as iOS and Android.

Cross-platform native mobile applications can be written in variety of different programming languages and frameworks, they are then assembled into a native application running directly on the operating system of the device.

Hybrid mobile applications are built with standard web technologies – such as JavaScript, CSS, and HTML5 – and they are bundled as app installation packages. Unlike native apps, hybrid apps work on ‘web containers’ which provides a browser runtime and a bridge for native device APIs via Apache Cordova.

PWAs offer an alternative approach to traditional mobile app development by skipping app store delivery and app installations. PWAs are web applications that utilize a set of browser capabilities – such as working offline, running a background process, and adding a link to the device home screen –  to provide an ‘app like’ user experience.

There are two interlinked core components of a mobile application: the “front-end” that displays the application, and the “back-end” that supports functionality. Programming encompasses a broad range of topics and skills, and those interested in breaking into the industry may find it challenging to narrow down a field of study without understanding roles and the tasks that go with them.

The frontend web developer is usually called a web designer and their task is to design and rebuild websites in line with aesthetics and visual aspects. Backend developers ensure data and systems needed by the frontend application or software are efficiently delivered. There is a third option, which is often preferred job wise. Simply put back end developers focus on data, modeling, and the back end of a website, front end developers help build what users interact with and see and the third option: a full stack developer does some or all of the above.

Front end development is the coding and creation of front end elements of a website. These front end elements are features viewable and accessible by the end-user or customer. The developer is responsible for everything you see and works to enhance the user experience to ensure it is seamless. They create the overall design and aesthetic, in addition to debugging and using static code analysis.

Front end developers implement the visual components on a website and its interactive features such as navigation, buttons, and other components to enhances overall usability. HTML, JavaScript, and CSS are often used to make sure the visual side (or client-side) of a site runs smoothly so that users can interact freely and comfortably . Although some front end developers handle web design, others work from a web designer’s mock-ups.

Some of the skills required for a front end developer job include:

Front end jobs range from developers with expertise of specific coding languages to those who possess a range of skills beyond the front end. Since the front end involves visual aesthetics, these jobs may also include graphic design and content. Many skills overlap between the different jobs, and specific titles may mean different things to each company.

Back end developers create web pages and applications work through back end languages and frameworks such as Java, PHP and Node Js. They monitor the working of the site and make improvements and updates to functionality.

Some of the skills required for back end developer jobs include:

Back end developer jobs typically require a strong knowledge of programming. Some companies look for developers who have in-depth skills with a specific language, while others may require the ability to program in multiple languages. A smaller organization may want someone who can work both the back and front end, in other words, a full stack developer.

As described previously the full stack web developer is a person who can develop both client and server software. In addition to mastering HTML and CSS, he/she also knows how to program:

Global App Revenue reached $50 Billion in the First Half of 2020, up 23% compared to last year. Consumers spent a combined total of $50.1 billion worldwide on the App Store and Google Play in just the first half of 2020.Companies with a digital presence can no longer stay on the fence if not for the previous, than for the following reasons:

Even though the average person uses 25 apps per month, 96% of that time is split between just ten apps. If the average person has 60-90 apps on their phone, this means that more than two-thirds of those apps don’t get used every month. Make sure that you put an app out there that gets used, over and over again. If you have an idea we would like to develop it for you.

Appedology is one of the fastest growing mobile app development companies in the USA. We provide the top-of-the-line Android and iOS app development services and bespoke solutions that fit our clients requirements perfectly.

With expert professionals in our team, experience under our belt and developmental passion in our vision we are set to get the best digital products out there. Give us a call