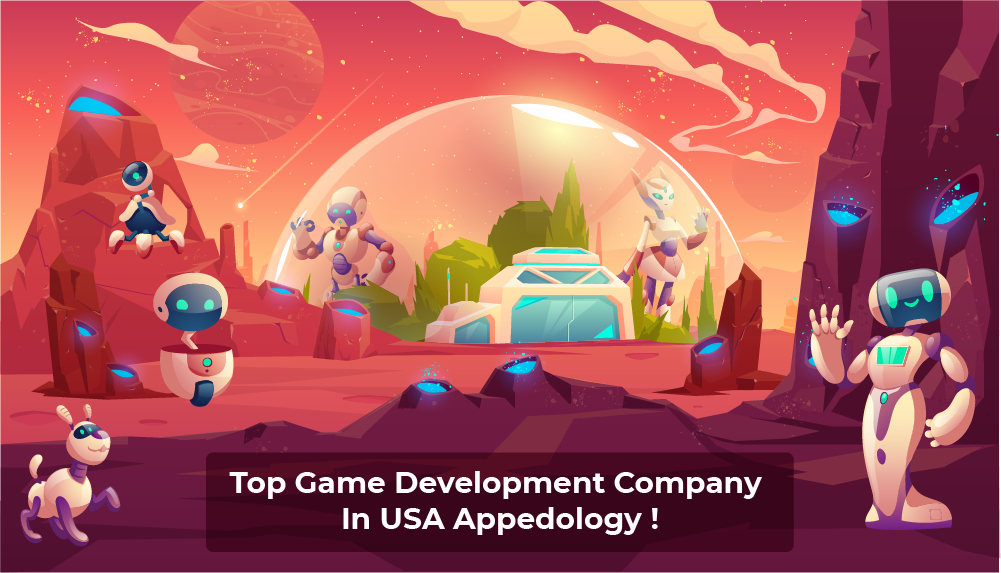 Game development involves the concept generation, design, build, test and release. A well qualified team by best game design colleges and University While you create a game, it is important to think about the game mechanics, rewards, player engagement and level design. An idea is the first thing that comes to mind when a game is being described before creating.

A top game development company from the USA,  Appedology is a praiseworthy name to get sterling game development solutions and fulfill a string of multiplex project needs. We have created several intuitive mobile gaming apps for different genres such as Aqua Killers, Wandering Wolf Games, Liam’s adventures, Flippy Fish and Math Explosion among others. Our expert game developers create stunning animation and user experience by taking your game app to the top of the popularity charts.

If you’re a developer who wants to get into games, you may think that there are big differences between game and app development. But it’s important to realize that the majority of the work in each type of development is similar. Day today as a game programmer, you mostly just work in code, solving problems—that’s the same thing you do when you’re building business apps.

Native app game development is advantageous as it provides for prompter push notifications and also links the mobile app better with its environment. Hence, for enhanced user experience it is advisable to go native. Appedology can develop your stunning game idea into an awesome native mobile app.

The list of quality video game companies continues to grow as the gaming industry explodes in popularity. While countless new game design studios come to market, we’d like to highlight the very best of the best.

The process of strategy game development is given below:

This includes the idea of the game, it’s setting, the characters you want to use, the plot, and anything related to world-building. You could create your concept fully based on your own tastes or on the most popular trends.

The purpose of the prototype stage is to reveal possible bugs, evaluate your target audience’s reaction, and in general make sure that serious issues do not emerge later on.

After all the necessary corrections have been made, the final product is developed and can be released to the public on the platform of your choice.

Mobile games have always been a huge part of the mobile phone industry. Nowadays lots of people play with smartphones and tablets and mobile games can become a really great business if properly executed. Regardless of a phone’s sophistication, appearance, etc. The most common feature every device provides its user is a platform for games. The mobile game industry is constantly increasing as users’ engagement towards apps is increasing at the same time. It is expected, that the mobile game industry will reach 91.2$ billion in revenue by the year 2021.

The mobile game industry is on the rise, and it can be a perfect time right now to jump into the development train. The variety of different tools give you all the needed answers on how to make a mobile game

Appedology keeps you and your players happy. A comprehensive mobile-game solution, Appedology’s modular tools let you produce and deliver highly engaging 2D or 3D games to players around the world. Who knows, maybe your mobile game is going to be the next Rockstar of the mobile industry?

Globally, through the past year, there were over 194 billion worldwide downloads of video games. Are you looking for best game developer companies in Texas who understand the importance of building games that have exciting features and fast processing? Check out the list of top game development companies of Texas:

Digital games have evolved into diverse forms, and they touch many different areas of life in contemporary society. When approached together with the associated playful and serious behaviors, they profit from several research methodologies. The learning must occur within multiple mechanisms, such as mini-games, puzzles, and quizzes played in parallel to the main game environment, but also by the gameplay and solving quests in the game. For example, collect several items to be used in a mini-game or in a puzzle for a specific learning outcome. Thus, the player has the opportunity to learn some content provided by a specific learning mechanism, keeping the main game more fun and engaging. This methodology must be applied also into each game layer, which means that the learning contents can be distributed by all layers.