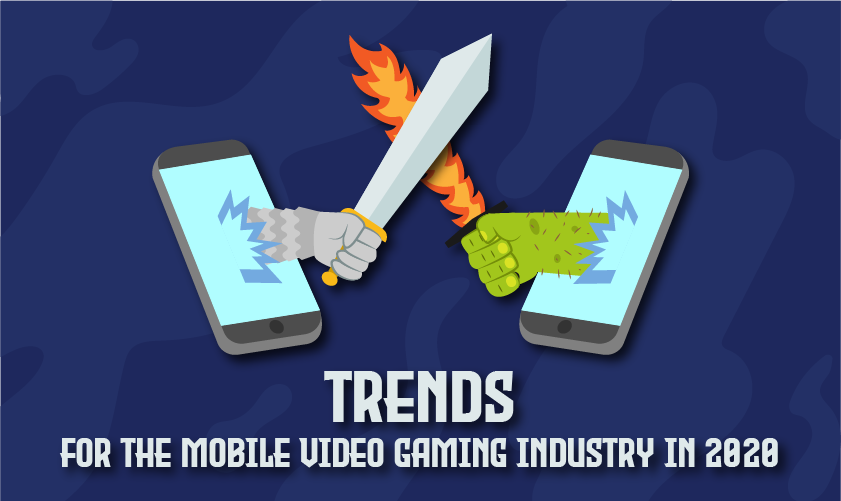 Trends for the Mobile Video Gaming Industry in 2020

Today, we’ll discuss the trends for the Mobile Video Gaming Industry in 2020. The most interesting change in the video game industry is the growing demographics of gamers. With more people playing games, creating demand for more immersive entertainment, and finding easier ways to access games, the future of the video game industry looks bright.

The smartphone game industry has risen rapidly in recent years since the introduction of Pokemon Go. Back in 2016, revenue from smartphone games surpassed sales from PC titles.

Global mobile game revenue is expected to reach $165.9 billion in 2020 with five major markets, including the US, China, South Korea, Japan, and Germany. Moreover, mobile gaming is estimated to represent almost 60 percent of the global gaming market by 2021.

Last year’s mobile gaming trends were represented by console-quality games, increased reality, and the rise of a new genre known as hyper-casual. Apps belonging to the casual genre were certainly at the top of the app store charts in previous years. However, with 2020 well underway, game developers are trying to figure out the trends in mobile gaming for the future.

Interestingly enough, a lot of these blogs are writing about the same themes. Taking a look at some of the developments in games that will shape the electronic gaming industry in 2020.

If you’re a huge fan of the hyper-casual genre, then you’ll be glad to hear that it’s here to stay and we can confidently add it to the 2020 gaming theme list. Hyper-casual games are very lightweight, making them ideal for most smartphones.

Such games have very simple mechanics that have fast gameplay. Any of the major names in the hyper-casual genre are games like Terrainium, Hole.io, Skiddy Car, and several more. Hyper-casual applications take relatively little time to create and manufacture software.

They also offer a simple GUI without the need for any tutorials. Analysis of the mobile game market reveals that a growing number of game firms are joining the hyper-casual gaming sector. Many businesses plan to do so individually, whilst others seek to buy smaller rivals.

The rivalry for the creation of new users of casual games would be high. Game creators who do not have the resources to stay profitable will have to go by publishing or selling their business in order to remain competitive.

Here is the list of top gaming trends online:

Ultimate mobile Gaming is fully mobile. Imagine how the faces of your guests light up when they see the paintball-style course and the real paintball-style guns. Mega Handheld Game Truck takes the Best Gaming experience to your front door! Up to 24 children can play inside and outside, based on the games they want to play. Two more High-Definition screens outside. It’s a multiplayer video game in the sky.

So, what is Virtual Reality Gaming?

Virtual Reality Gaming is the introduction of an interactive three-dimensional ( 3-D) world to video games.VR games used projection rooms or several displays prior to the advent of portable technologies. VR gaming control may involve standard keyboard and mouse controllers, game controllers, or motion capture methods. The VR systems used in the gaming industry are allowed with immersive software and hardware. As a consequence, a person with a virtual reality headset will travel through the artificial universe. In fact, the user can communicate with the 3D monsters that appear on the screen. Virtual Reality is one of the most awaited innovations for development. According to the new estimates from IDC Research (2018), investment in VR and AR will rise 21-fold in the next four years, hitting EUR 15.5 billion by 2022. Virtual Reality Gaming is an immersive computer game played in a 3D world. The player wears a Virtual Reality Headset where the game continues to play on his phone. The challenge of making a game visually authentic is something that has become much easier for game production companies in recent years.

The PSVR is a really good start to VR. If you don’t have a high-end gaming Laptop, the PSVR is a good investment. With the expanding catalog of games published after the release and the price decline, the PSVR is worth it, and it’s certainly here to live. There are still some decent discounts on the Amazon bundles. Considering the cable horror, the low-resolution screen, and the pricey game collection, I couldn’t recommend that you pick up PlayStation VR anymore. It’s an absolute treat, and if you can afford the £ 350 price tag, it’s a must-buy for any enthusiastic PS4 enthusiast and player.